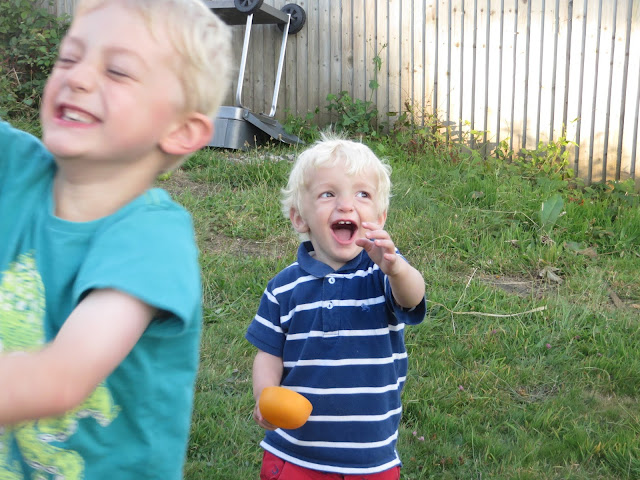 Life doesn't have to be complicated.
And it doesn't always have to move at the speed of sound to be enjoyable.

I sometimes wonder what young children today must think about us Golden Oldies. Venerable adults in their late twenties and early thirties who grew up in an age without iphones, laptops, DVDs and YouTube. They must wonder how we managed to fill those long, dull hours 'twixt breakfast and bed, broken only by attendance at a school where pupils still sat in rows, computers were a rare luxury wheeled around on a special trolley and some of the desks were wooden, with lids and inkwells. Antiquated, living museums. If it wasn't for the photographic evidence they'd probably think that the world was still painted black and white like it was for the Victorians. A grey world, for a grey, grey people.

Is it thus that they think? Did we think thus concerning the youth of our parents?

My parents would never have been asked - as we are asked - "Can I play a game on yer phone, Mummy/Daddy?" because mobile phones were as yet in their super-brick-sized infancy back then, but it is comforting to know that some things are as evergreen now as they ever were. This is my main reason for choosing the picture above. I love the carefree hilarity on the boys' faces, the sparkle of joy in the eyes. You may ask what they were doing, because the picture doesn't explain that. Had I just bought them tickets to Alton Towers? Revealed that I was intending to turn the garden in a miniature Go Ape assault course? Promised that they might have a child-size battery-powered ride-on car for their birthdays? (I always wanted one of those - fortunately for my juvenile sense of contentment I was never even close to getting one.)

Nothing so costly. All this excitement was simply engendered by a friend blowing bubbles through a ring. Bubble mixture is ancient. Even in the late eighties and early nineties we had bubbles. My wife can still recall the anguish she felt when accidentally dropping a tub of them out of the car window as a little girl. (It's ok - they went back for them.) And yet the thrill of seeing small, semi-transparent globes floating through the air, of trying to catch them and seeing the survivors being wafted up into the sky and way above the trees is one that endures year upon year. Huzzah! May it ever be so.
Posted by Daddy Do-little at 13:41:00