Monthly Photo, Feb '18: The Beast from the East! 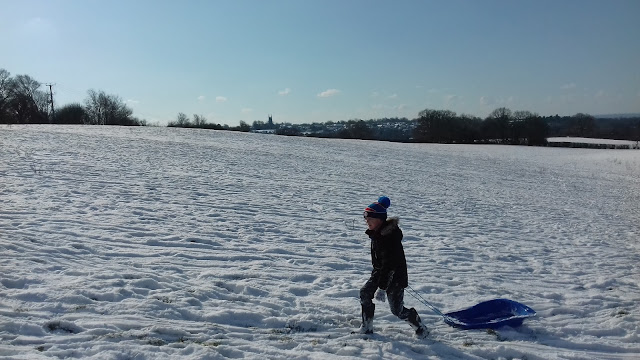 It came at last! The day I've been awaiting for so, so long. It finally came!
OK, so it's about twenty years too late for my personal schedule but, hey, I guess I was able to enjoy it vicariously with the kids. One of them anyway.
Now, until last week this post was going to be about mud, bikes and a whole lot of mess but then came...
﻿ 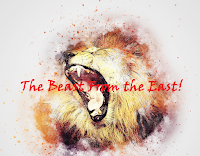 Actually, let's do that again - a bit bigger this time... 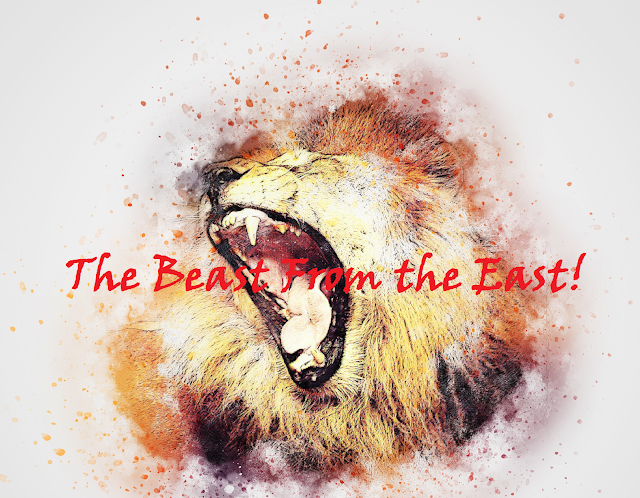 Oh yes...
Frankly, looking at a green and Spring-like land in the days before its arrival all these tales about a raging, blizzard-encrusted 'Beast from the East' sounded like nothing more than hysterically overhyped hyperbole. If you live in Russia, they probably still do - but it was enough for us.

The icy blast from Siberia swept over the country, smashed into another wall of wild weather from the Atlantic and turned the nation white. The UK trembled, tottered and fell. An extreme 'snow-mode' enveloped us in its juddering grip. Roads ground to a standstill, trains stopped running and schools were closed. And Graham was presented with an unexpected bonus of three days' holiday.

Now in all the however-many-years-it-was that I was at school I never recall having a day off due to bad weather. Graham has managed three days less than two years in! Oh well, that's parenting for you: sharing in the joy of your children when you've never experienced that joy yourself. After all, why else would you see parents going down the slides in 'soft play' areas?

So, duty bound, I set out to do as much snowy 'joy-sharing' as Graham required. And, boy, was it good fun, even if our rookie sledging prowess is unlikely to land either of us a spot in GB's Winter Olympics squad.

The snow in our corner of the country lasted from the evening of Monday February 26 until (for all useful purposes) the morning of Saturday March 3. The Beast snarled, snow swirled, temperatures plummeted - the thermometer outside out kitchen went down to -11C - but in between all the growling there were some periods of calm and blue skies. The picture at the top was taken on Wednesday, when the fresh, powdery snow had hardened and the sledge runs had become quicker and more defined. Bleak, cold and yet sparkling with brightness and movement, this is a picture of contrasts: the church tower in the distance adding a quintessentially English touch.

Friday afternoon saw the last of our snow showers and by Saturday morning the Beast was in retreat. I took a walk through the melting countryside. There was warmth in the air, the breeze blew mild and although the sledge runs were still faintly discernible the snow was slipping away from the hills, oozing into a gritty slush between the tufts of grass.

Snow is not good news for everyone, however fun it may be for the many but even so there was a distinct wistfulness in my walk as I slogged through the squelchy mud. It was as though with the disappearance of the snow a part of my life was being wiped away like chalk from a blackboard; an existence hanging in the balance between the savage beauty of a vanishing Winter and the as-yet unheralded Spring.

Below the town a few children were still racing sledges on a brittle film of ice and slush - but they were racing against time. The Beast from the East was gone.
Posted by Daddy Do-little at 13:16:00