Children: Life in front of the camera 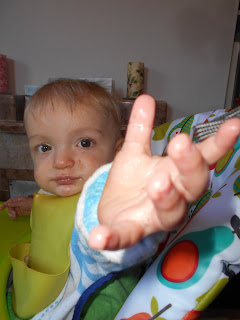 At our family's farm there is a picture frame hanging on the wall with several black-and-white photographs in it. Two of them show my paternal grandfather as a young man, one looking slightly self-conscious in his army uniform and another of him on his wedding day, towering over his diminutive bride and with a wide grin spread across his face. They are two of only a handful of photographs we have of him. Of my great-grandfather we have fewer still - I can only think of two -  and one of those is blurred. It isn't much to go on if you wish to make a character assessment.

Old photographs are like that, particularly in the far-off days when a person may have been photographed just once in their whole life. There they sit, frozen in time, staring sternly out of the image as though the photographer had said something to offend them. For subjects taken in older age it is nearly impossible for those of us looking at the photo now to imagine them as anything other than old. The childhood they must have experienced is erased as though it had never been. We picture that bygone age as one of grim endurance; wonder whether anyone actually smiled before the year 1900 and reflect naively that this was only natural at a time before flushing toilets and electric, forgetting that to those of the right generation gas lighting and running water were semi-decadent luxuries, objects of wonder and delight in the way that few things are in today's world.

Things are different for children in the 21st century. They rejoice in all the comforts of modern civilization (both necessary and unnecessary) and, more relevantly, every phase of their life is recorded digitally. There is little danger now of sizeable chunks of our children's lives being erased from the record. Indeed, the problem is rather the reverse, where we as parents feel almost a moral responsibility to document every move, every expression, every advance and every facet of our children's characters on camera. It is a pleasure but it is also a burden and, if not carefully controlled, can lead to endless pictures taken one after the other in the hope of getting the perfect shot which we feel will absolutely and finally encapsulate our child's personality.

Of course, it's impossible. Graham, for example, makes a point of always putting on a most unnatural face every time a lens is pointed in his direction. People seeing some of the photos in years to come may well conclude that he lived exclusively on a diet of lemons. Also, there are some things which can't be 'captured on camera'. At the moment, where Isaac is learning to stretch the extent of his vocal chords, I know there are precious moments passing before my eyes which I am helpless to retain in anything other than a fallible memory.
"Dah!" he will say firmly and give me a wide-eyed look, lips slightly parted as though he was intent on making sure I'd heard properly.
"Really!" I reply.
"Ooh - GAA!" he announces and again the stare as if to say, "Did you get that?"
How can anyone ever get that on film?

In a way I am quite glad. Part of the appeal of nostaligia is the thought - the mystery - of the things that must have happened that you can't see. Sometimes I surprise myself with the way that I hark back to my own childhood in the nineties - those long-ago days when we still had wooden desks with lift-up lids in class and computers were a rare and astonishing novelty. Few of the memories I have are down on film but they are there just the same and no doubt some romance has been added to them over the intervening years. I have little doubt it will be the same for our children. It will not stop me snapping away with the camera but I do so in the realisation that sometimes the things you can't capture are as important and memorable as the things you do. And perhaps, when you consider it from that perspective, the present generation deserve a bit of age-old mystery of their own too.
Posted by Daddy Do-little at 13:59:00