Life is full of comparisons, ranging from the complimentary to the derogatory and all the zillions in between. Some are famous: 'Shall I compare thee to a summer's day?'; some are cliched: 'He's as useful as a chocolate teapot!' and some are just...unusual: 'Q. What's the comparison between an angler and a pretty girl looking for a compliment? A. They both go fishing.' (And, yes, I did make that one up - not bad for twelve seconds!)
But comparing parenthood to a walk in the country? He's daft as a brush! 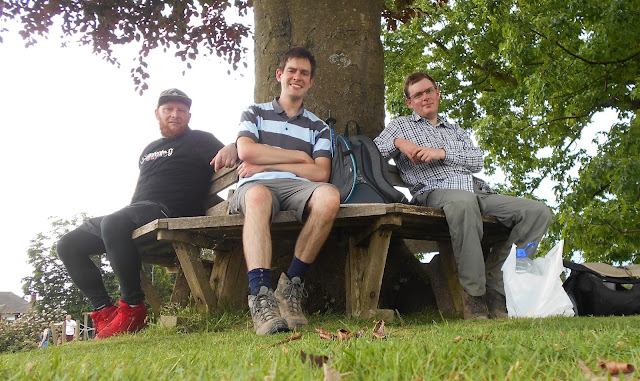 We had unfinished business, my brother and I. Twenty-eight miles' worth of it. About 10 years old.
I say 'about' because I can't remember exactly how long ago it was that we first attempted to walk the 27.5 mile-long Tunbridge Wells Circular, which encircles the town of Royal (ahem, yes, straighten your ties everyone) Tunbridge Wells in Kent, and failed. We (two friends, my brother and I) camped the night before in a field with a water supply and a few guys with some beer, a large fire and bad singing voices. There wasn't much else. At first-ish light we were up, packed the car and were off, leaving the songsters to their sodden dreams. For a while everything went well, until we got lost - not once but twice. That slowed us up. Then it started to rain. Friend Matt had brought a mini radio to listen to the Man United game but he'd omitted to pack a waterproof; a sleeping bag slung over his head did not prove an adequate replacement. I, meanwhile, was beginning to get stomach pains caused by trying to eat an apple too quickly during one of our breaks. Eventually, with darkness falling, we wound up in the village of Frant, having walked about thirty miles without managing to complete the circle. Dad loaded us in the car and took us home. We'd failed but failed gallantly and a 'what if' had hung across the route ever since. Until now.

I was quite keen when big bro suggested another attempt. Then the reality sunk in. Ten years ago I had been a lean, rake-like youth who walked everywhere and had springs for legs. Now I was several stone heavier, a good deal less fit and with knees that creaked from a constant diet of nappy changing. 28 miles may not sound much - it's the sort of distance that the SAS and SBS do before breakfast - but for a member of the SDS (Slothful Dad Service) I wondered whether it might not be my Bridge Too Far. Hanging out the washing and cooking fish fingers is probably great for hand-eye coordination but it doesn't do much for the calf muscles. Was a diet of gentle cycle rides enough to push my wailing legs through nearly thirty miles of English countryside, unsupported by wheels? Obviously I needed to undertake some serious training. See below. 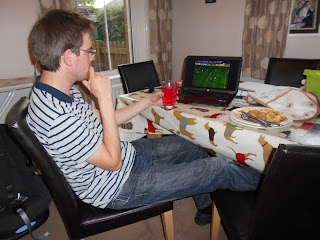 Hang on one moment... 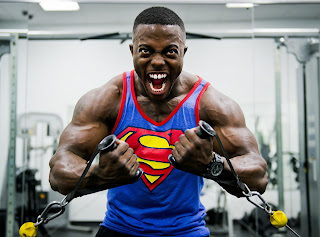 OK, let's just admit that full-time Dads don't always have much opportunity for going to the gym. 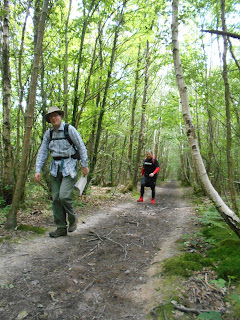 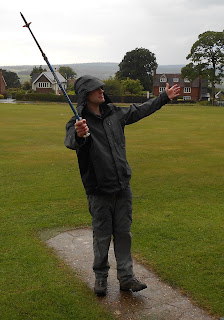 Predictably, this second attempt, although it started well, also ended in failure. There were three of us (me, brother and a friend). The weather was good and warm sunlight filtered down through the leaves of the chestnut woods as we walked through the typical Tunbridge Wells countryside, resplendent with flowering rhododendrons, Kentish oast houses and private schools. I get a call from Gilly: she's at the park for a friend's party with the kids; tired but enjoying herself. Wishes I was there, of course... Am I tired? I reply that I've just climbed a hill but the body is in good order. We arrived at Frant - again - at about 3 o'clock, nearly out of water and well behind time. Then the sky went black, lightning flashed, the clouds parted and we hastily sought shelter in the porch of the cricket pavillion on the green, where we spent the time playing cricket with an empty drinks can and a walking pole while we waited for the rain to ease enough for us to find a short cut back to Tunbridge Wells. Deja vu. Whatever I do, I always end up in heavy rain at Frant. The end of the trail.

So what bearing does this have on parenting? Well, without making an exhaustive list, I can see several clear parallels:
1) You have aims which, though you may not achieve them, need not stop you enjoying yourself along the way.
2) Setbacks are natural. There is no reason to stop doing something just because it didn't work first time.
3) The pleasure is in the process as much as in the final achievement.
4) However ordinary something may seem (and there's nothing remarkable about a simple walk) there's always something interesting in it.
5) Being out in the open air is usually a positive thing.
6) And, finally, even though you may spend an entire day away from the children it is still possible that you will end up behaving like one! 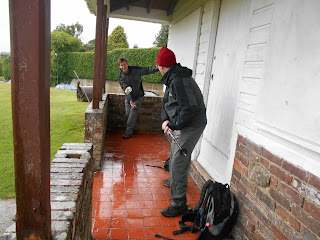 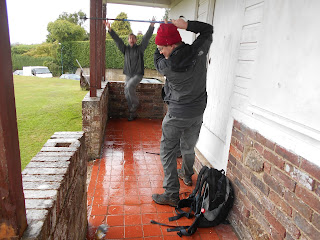