Are You a Bad Parent? 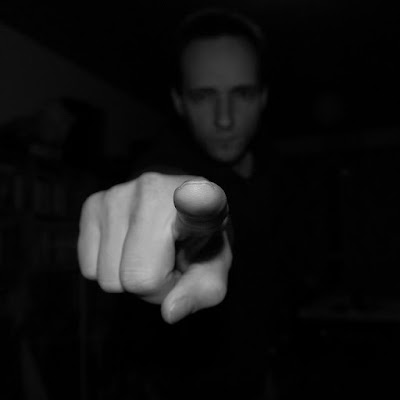 Pinterest, the world's mightiest corkboard, has become (alongside Google) my go-to site for finding out what I can only term all-embracingly as 'stuff'. It possesses that incalculable appeal of being a place where anyone can type anything into the search box and be presented with a jumble of information any piece of which can be pinned immediately to one's personal subject-specific boards. Admittedly, not all that information is useful and there are times when it may be nigh-on non-existent (there is a distressing lack of data regarding caramelised doormats, grey faced dartmoor sheep and dental implants in guinea pigs, for example) but Pinterest - noble fellow! - is not in the habit of professing ignorance.

Pinterest has become a vast online community; a mini-globe where everybody can display their views, interests and passions. And, like any community, there will be times when you find things that you disagree with or which cause you discomfort.

It was a couple of weeks ago that an article about Bad Parenting popped up in my Pinterest page. When I say 'article' what I actually mean is a poster-like presentation containing 11 statements, boldly printed in capital letters and freely besprinkled with the colour red, that explained why it was the parents' fault if they raised weak-willed, obnoxious kids. Take this as an example: IF YOUR CHILD IS LYING IT MEANS YOU OVERREACTED TO THE MISTAKES IN PAST (sic). Or this one: IF YOUR CHILD IS SECRETIVE, THE REASON IS YOU BLOW THINGS VERY BIG. And, finally, the killer: IF THE CHILD BEHAVES RUDELY, IT IS LEARNT FROM PARENTS OR OTHERS LIVING WITH THEM.

Perhaps the first thing to say is that there is a lot of truth in all this. It cannot be denied, for instance, that children are more likely to share problems, troubles and misdemeanours with you if they know it isn't automatically going to end in them being sent to their room, grounded for a week and losing all their pocket money for a month. Good parenting is all about listening as well as instructing and trying to think like your child instead of always assuming that they think like you.

Unfortunately, there are very few parenting paragons in the world. There won't be many of us who have not, at some point in our lives, experienced the problems dealt with by this poster but telling me in block capitals exactly why I'm a terrible parent is not particularly helpful. Reading it, I felt like the hero of Jerome K. Jerome's novel Three Men in a Boat who idly picks up a book on illnesses in the library one day and reading through the symptoms of each increasingly virulent malady finds that he is apparently suffering from all of them - with the exception of 'housemaid's knee'. I found myself remorsefully scanning the page, sadly murmuring "true, true" as each example of my parenting deficiencies was unfolded to me, blazoned to a horrified world. I even admitted guilt for crimes which I had no recollection of ever committing, just in case.

Most parenting is subjective. Bad parenting to one person is reasonable or even good parenting to another. To take two extremes, there will be some people who advocate punishing children for even the most minor offences and others who don't want to punish their children for anything. The 'whys and wherefores' for both cases would (and do) fill entire books. Who can say which end of the spectrum produces the best or worst parents?

Parenting is complex. There are so many things to consider. And if your child is naughty, how do you react?
For what it's worth I devised this little 5 point Bad Parenting plan for any time a child does misbehave.

Jerome's hero finally discovered that he was suffering from little more than an active imagination. The book had given him an imperfect picture of himself. The Bad Parenting poster, likewise, can only present half-truths. Take lying, for example. A child telling a lie could mean they fear the consequences of telling the truth; it could also mean that they have a fertile brain and confuse lying with storytelling and so go on without considering that the yarn they are spinning is simply untrue. This attaches no fault to parent or child; it is infant exuberance taken a bit too far,

This is a fallible world. Parents are fallible people and like our children we sometimes need sympathetic handling. Shouting at me does not, in my eyes, constitute sympathetic handling. It is like painting the world black and white, forgetting that there is a whole spectrum of colours in between. Somewhere in the middle of that spectrum sit many of the world's mothers and fathers. We are not perfect, our children are not perfect and we are painted so many different shades that it would be impossible to say which particular colour is our exact match.

But we do our best.

I shall keep a copy of that Bad Parenting poster and sometimes I shall look at it in the hope that it inspires me to greater and worthier deeds. It has its place. Sometimes we need harsh words to jolt us out of bad habits. But if someone could come up with another 'How Not To' parenting guide without all the capital letters, with a bit more background detail and with a few more helpful hints as to how I can turn my miserable self around that would be greatly appreciated.