What Does Brexit Mean For Our Children? 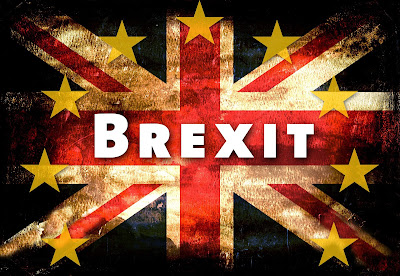 The nation is in uproar. There is chaos in the Commons and the quavering tread of an Uncertain Future shuffles down the corridors of Whitehall. More than two weeks after the EU Referendum the dust is refusing to settle. Conservatives are mouthing peaceful platitudes while stabbing each other from behind, Labour is (practically) leaderless and the SNP want to have their cake, eat it and ask for second helpings. In all this turmoil, you may ask, where is The Voice of Reason? My answer is simple: it is here.

Yes, in a day where politics is suddenly all-important and England have been knocked out of the Euros by a country with a population roughly the size of Coventry I feel it is important to forget intrigue and the usual footballing national embarrassment and consider some of the Big Questions. Through it all our children have been innocent bystanders. What do the tumultuous events of the past couple of weeks mean for them? What does their future hold?

The universal answer to that, apparently, is that nobody knows. The EU referendum campaign was, famously, a bitter one, as both sides set out to paint the country as black as possible. The supply of actual facts was limited, the amount of hyperbolic invective abundant. Pro-EU ‘Remainers’ warned of dire financial consequences in the event of a ‘Leave’ vote and were duly labelled as doom-mongering, scare-engendering, orchestrators of ‘Project Fear’. That was nothing to the abuse heaped upon the heads of ‘Leave’ voters by ‘Remainers’ once the results rolled in: uneducated or stupid (or both) were some of the milder insults. The bright youth of Britain, Remainers sobbed, had been betrayed!

I have to say that our youngest son, aged just 18 months, was a committed Brexiteer – at least I think so, based upon what he did to the ‘Remain’ literature that was pushed through our door one day. He hasn’t given any further opinions – so much the better; politics of late has often been rather unedifying and children deserve to be sheltered from it. Brother v Brother, Friend v Friend, echoes of 1642 tremble in the air. Charles I would have found it all very familiar except that, as a believer in the Divine Right of Kings, I fancy his majesty would have backed a Brexit.

Other important questions remain. Will the BBC be renamed the Little England Broadcasting Company thus forcing CBeebies to become CLeebies? Children’s TV could be about to change for ever, people! Are we about to see the end of centimetres and litres so that our children will grow up measuring in pounds and ounces as their forefathers did? Will cucumbers be more curvaceous and bananas more bendy? Will our passports become blue and will we need a daily visa to commute from Calais? Stress, stress, worry, worry, hope, gloom, joy and despondency. The Guardian is weeping into its morning muesli, the Mail are chortling over their cornflakes. Life will never be the same again.

And yet, nothing has changed. It is at times such as these that family life can be seen as, humanly speaking, the ultimate sanctuary of sanity. Apocalyptic reports of a plummeting pound have done nothing to shake the rhythm of our little lives. Downstairs, Isaac is playing with the Duplo; he’s just learning how to stack bricks to make a tower and talks to himself contentedly as he does it. Graham is at pre-school; he is hoping to start ‘Big School’ in September, one of the biggest steps in his short life so far. Referendums, deficits, recessions and a future of globalisation mean nothing to them. They live their lives unencumbered with such things, placid symbols of calm in a turbulent world.

So, finally, to the most important question of them all. Will England ever win a major football tournament again? Well, anything is possible but personally I will be encouraging my sons to become cricket fans, like myself. Thank you for reading.
Posted by Daddy Do-little at 13:44:00