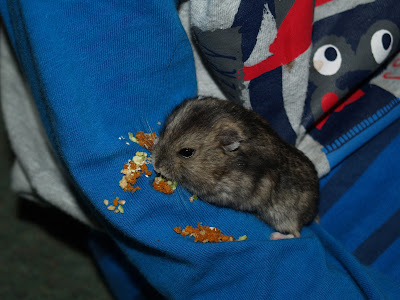 Well, that's it folks! Summer's over... although with the sun streaming down outside from a blue sky populated with woolly white clouds it would be hard to tell.

In fact, were it not for the marked absence of swallows, the marked presence of darkness at 8pm and a glittering of gold in the hedgerows, there have been several days recently where we might have been forgiven for thinking it was still early June, rather than late September. It isn't, by the way, it's October; the leaves are turning, the conkers are cracking open and if you went in search of blackberries you would find only the withered remains of glories past. Autumn is truly here and some people are probably already starting the countdown to Christmas.

So, just for a moment, let us cast our minds back to those halcyon Summer days; happy times spent hunched on a beach, ice cream in hand, in the teeth of a biting wind, or trying to work out how to spell 'Llangollen' on the postcard home. Not that I did either of those things. My days at the beach involved a younger son (who shall be nameless) attempting to drop a rock on someone's head and the whole family running for cover at the sight of a thunderstorm. There was also that idyllic three-night camping trip which somehow morphed, via torrential rain, howling winds, soggy soil and a torn tent, into a night in a Premier Inn at Rochester. Not to mention a certain younger son (who shall remain nameless) pinching my pudding at Frankie & Benny's.

We had some good times too, of course... Let us not be too dispiriting.

And then there were (or should that be 'are') the hamsters.

Strictly speaking, I suppose the hamsters don't really come under the heading of 'Summer' because we bought them once school had begun but they were purchased before the Autumn equinox so I'm going to bung them back into Summer anyway.

The hamsters, like our abortive camping trip, have suffered a few transformations in the months and moments leading up to their eventual purchase. They started out as two cats - in January when we had a problem with rats. The rats, however, departed and, consequently, so did our fervour for feline companionship. The cats then became a rabbit, a cute and cuddly pet rabbit for Graham (when Mummy was willing to let him hold it) but once we realised how much effort and expense went into bunny care it wasn't long before Bugs went flying out the window after Mog.

So we settled on a hamster, one of those adorable Syrian hamsters with white and golden-brown blotches and Gilly spent many happy visits to pet shops and the internet gazing at them admiringly, so attractive and friendly did they look.

The girl in the pet shop was less starry-eyed.
"Have you ever kept hamsters before?"
We admitted our nigh-on-total ignorance of hamster care.
"Syrian hamsters can have rather a nasty bite. If it's your first pet you would probably be better off with a dwarf hamster."
She led us round a corner to another cage, where tiny mouse-like creatures were curled up trying to catch forty winks. Opening a door she rudely grabbed one teensy bundle of fur, crouched down and let it run over her hands and arms. Graham after a brief hold, was charmed, which happily relieved us of the duty of trying to explain why a finger bitten by a Syrian hamster was not the best start to a long and happy career in pet care.
"If you have two hamsters they keep each other company and take less looking after," our kind assistant volunteered.
"Provided they're not one male and one female," I mumbled, with visions of our family home suddenly and unexpectedly becoming the site of a teeming hamster production line.
The assistant looked at the first hamster, then hoiked the other occupant out of the cage and examined it. They were both girls.
"Right," Gilly said, in business-like tones, "what else do we need?"

And so it was that two cats became two Russian dwarf hamsters. Two female hamsters, although Graham - in defiance of prevailing genetics - was adamant that one of them was going to be a boy and christened it 'Jack'. I sneakily suggested 'Jackie' as a more appropriate alternative and so 'Jackie' she became. 'Violet', the co-inhabitant of our new purple, deluxe hamster palace, suffered no such problems and so we bought the pair home in a cardboard box with self privately wondering if I had foolishly put myself back a couple of years and whether caring for two young hamsters was going to be as time-consuming as caring for a newborn baby. All that feeding, all that cleaning out...

Happily, it isn't. As pets go, our little ladies are, so far, agreeably simple to look after. A daily change of food and water, a daily clean of the little house where they sleep (and defecate!) and a more intensive weekly clean of their cage suffice for the more mundane duties. Hamsters are nocturnal so they sleep for most of the time that we are awake, meaning that 'playtime' (which involves the hamsters running all over your hands, arms and legs and is an absolute daily necessity) usually takes place just before the boys go to bed, or sometimes first thing in the morning.

There are other, unforeseen, problems. There are the droppings on your clothes, the midnight exercises on the hamster wheel which sounds like a large truck rumbling through the house, the occasions when our pets empty the breakfast stored in their cheeks all over the floor and the antics of hamster bedding. The shredded paper that hamsters sleep on has an almost uncanny ability to spread itself around in places where it shouldn't ever be. It gets on your clothes and then all over the house, wriggling across the carpet like flattened paper worms and congregating in tangled clumps under the desk in the study where our new friends spend most of their nights.

But the big point, obviously, is 'Is it worth it?' Will owning a pet increase our children's sense of responsibility, encourage them to realise the importance of mundane tasks and inspire in them a lifelong love of animals?

Or is it just a way for their parents to have a pet with the added benefit of a bit of 'voluntary' child labour to help look after them?
Posted by Daddy Do-little at 13:37:00