A Picture of Normality 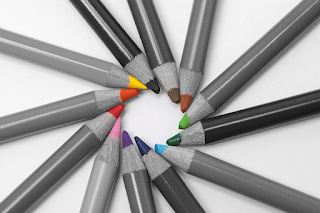 Wednesday afternoon. I'm nearly a week into my new job and so far I have survived. The magic housework fairy never showed up - lazy slacker - and I've been forced to do everything myself. So what? The floors are clean(ish), the clothes have been washed and the children are fed. The skies outside are snarled up with clouds but in the lounge peace is settled like a tranquil blanket. Isaac is rapidly consuming milk from a bottle. Graham is consuming a dry crust which he has saved from being fed to the birds. It's the sort of fodder that he would have refused to eat if it had been presented to him as part of his dinner but salvaging it from the seagulls makes it deliciously desirable. He's taking his time too; the brown crust is being dissected crumb by tiny crumb.

He holds a piece out to me. It's so small that I can hardly see it. "Would you like a bit Daddy?"
I squint at the miniscule particle held between his finger and thumb. "No thank you."
"Would you like me to get you an apple?"
"No thank you." Apples are another staple of the Graham diet, cut up into four that is, with the skin left on and served in a bowl.

Isaac has finished his milk now. He says something intelligent in baby-language and squeezes the teat on the bottle, watching with interest as the milk bubbles burst inside. Sufficed, he turns his attention to where big brother is still nibbling his way daintily through his snack. Time for a bit of older brother direction Graham thinks.

"No, Isaac," he says sternly, "you can't have it." As usual he puts maximum emphasis on the second half of his brother's name: I-ZUK! It makes me wonder how we pronounce it sometimes; that 's' really is more like a 'z'. Spelling is a funny thing.
I-zuk remains interested. The severity of Graham's tone intensifies.
"No, Isaac, you can't have it. No! No! No! I know it looks yummy but it's not for you." There's a few moments silence. Graham is pondering. Eventually, hoping that the lesson has gone in, he extends the olive branch.
"Would you like a bit Isaac?"
Isaac is non-committal. I refuse politely on his behalf.

I write the above as a snapshot of normal life. It is the sort of snapshot that gets forgotten while other less typical events are remembered. Life is like that: an indeterminate wash of browns and greens and greys that form the backdrop for occasional splashes of red and silver and gold. I like it that way. But what, I ask myself, if life were all red and gold, a never-ending theme park ride, a starburst spectacular into wonderland? If it were, it would be a short, adrenaline-filled firework; a fizzing cascade of colour burnt out as soon as the search for endless excitement became insupportable.

It would also be insufferable. Imagine an existence where normality was beneath contempt! Ugh, here's to the simple things in life! Dry crust, anyone? 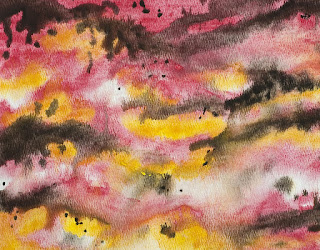