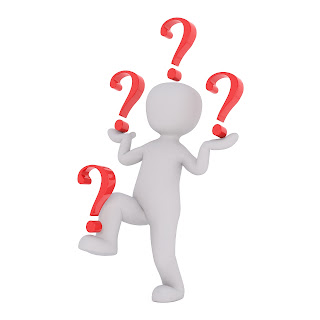 It's a funny old life, full-time parenting. The dream job laden with negative stereotypes: long hours, no rest, broken sleep and zero pay, all carried out in an atmosphere of perpetual chaos. The same tasks have to be carried out again and again - washing, tidying, cleaning, cooking - only for messy children to produce more muddy clothes just as soon as they get in from school demanding their tea. Seen in this light parents could be forgiven for feeling that they are modern embodiments of Sisyphus, the mythical Greek king who was condemned, for eternity, to continuously roll a boulder up a hill only to see it roll back down again just before he reached the top.

They would be wrong, of course. The point of the punishment of Sisyphus was that there was no point. His boulder-rolling was a cruel exercise is pointlessness and unending disappointment; parenting, for all its repetition, is anything but that.

Unfortunately, the good bits often get hidden in the fog of housework chores - those essential but sometimes unfulfilling activities that keep the home running. Perhaps there are people for whom the sight of a basket of dirty washing and muddy footprints on the toilet floor brings nothing but unalloyed pleasure. I salute them but I can never join them. The most I can claim is a grim satisfaction at seeing a floor clean that was once ankle-deep in gunge and grime and last weeks' banana smoothie. It is always more satisfying cleaning something really dirty rather than something that is clean already. This is where parents, should they be likeminded, have an advantage: there is never any shortage of dirt to clean away.

But there you have one parenting dilemma aptly displayed in all its infuriating-ness (farewell grammar). For those of you who are confused (and well done to the man who isn't) let me just say that I am now on my fourth paragraph and haven't yet mentioned children other than in not-so-oblique references to the amount of mess they produce. There have been no remarks made concerning the joys of family life, the excitement of seeing your child come home from pre-school with their first painting (as I did last week), the random conversations that children have which we adults would never dream about or any of the other many things that children bring glittering in their wake. We see not the glitter for the gloom and the thankless trudge of never-ending housework.

To take yesterday as an example. I spent an entire day, more or less, on my feet. I spent the morning washing dirty clothes and folding clean ones; I spent the afternoon washing dirty clothes and cooking dinner which neither child liked and which one of them refused to eat. In the evening I went outside and collected the washing off the line. I couldn't work out how a person could spend so much time rushing about apparently for no real purpose. My list of household chores had barely diminished. All I had really done was fill a washing line. Well, so what? I'll probably be doing the same thing again a couple of days from now. Bemused and befogged, I retired to bed full of the gloomy self-reproaches of the frustrated underachiever.

I am well aware that, when it comes to housework, I am one of life's plodders - the stay-at-home-Dad stereotype, the tortoise to my wife's hare. I instinctively assumed that it was my own slowness and time-wasting ability that was at fault but, while it is undeniably true that they would have been large factors, they were not the only ones. What I had failed to take into my calculations was the impact of two active children. You see, as well as doing a few loads of washing I had also been required to get children ready for school, then take them there and pick them up again. I had taken them to the park. I had spent part of my lunchtime patiently helping a small boy fill up a toy watering can from the sink in the downstairs toilet and carry it outside to water the patio (several times, whilst simultaneously trying to gulp down a sandwich). I had changed nappies and run baths. I had read the children stories.

But none of those things counted.

At the end of the day, all I had done was a bit of washing. My wife arrived home from work to a cluttered house and no tea. I was a frustrated failure, though Gilly did her best to comfort me.

On the other hand, both children had been (partially) fed - it's not my fault they didn't want their omelette - bathed and dressed for bed. They had enjoyed their time at the park, even though going there had robbed me of the chance/saved me taking the trouble to empty the dishwasher, and they had enjoyed the bedtime stories. Shouldn't those things count for something in the final analysis?

So far as housework goes, my list is growing and, as long as the tortoise is in charge at home, it will continue to do so. But if the children are happy and properly looked after does that really matter so much? There may be food trodden into the carpet, a kitchen floor with sticky deposits (some undefinable) splashed over it and piles of clothes stacked higgledy-piggledy around the house but surely I get some sort of plus mark for ignoring these things so I can push my children on the swings, right? Right? OK...I leave it with you.
Posted by Daddy Do-little at 13:47:00